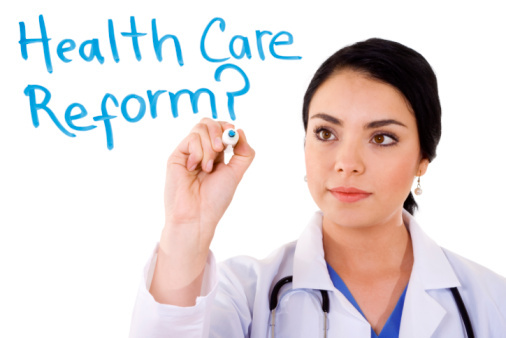 Love it or leave it, it seems that everyone has an opinion when it comes to the Affordable Care Act. Political pundits, researchers, and, of course, the Republicans all clamor for reforms to the controversial bill, also known as Obamacare. And segments of the general population that have been adversely affected by its sweeping changes are adding their voices to the uproar.

While many Obamacare opponents are quick to point out its flaws without citing a viable alternative, there are some who have presented concrete options to the current plan. These are just a few.

The largest insurance industry trade group, American’s Health Insurance Plans, has devised a series of recommendations which include making it simpler for patients to obtain information pertaining to their specific insurance plan, including which drugs and health care providers are covered under their policy.

And, their largest bone of contention is the fact that Obamacare subsidies do not apply to catastrophic plans. Under the current arrangement, these plans can only selected by people who are 30 years old or under, and those who are in a dire financial situation. According to “Health Care Reform: Insurers Propose Changes to Affordable Care Act,” the insurance industry’s proposal would strive to open catastrophic plans to “people of any age and eligible for tax credits provided by the law” plus it would have a yearly cap on out-of-pocket expenses and offer free preventative care.

On the flip side, “New Report Shows Progress on Affordable Healthcare” reveals one hurdle that the Affordable Health Care Act has not been able to overcome–identifying a way to encourage insurers to enter new markets that are underserved by health insurance providers.

This plan with the lengthy moniker is the brainchild of three Republican Senators, North Carolina’s Richard Burr, Oklahoma’s Tom Coburn, and Utah’s Orrin Hatch. It’s introduction would involve both the repeal and replacement of the Affordable Care Act.

While this act proposes sweeping changes, two of the standout reforms involve pre-existing conditions and the premiums charged to senior policy holders. The detailed summary of the proposal, found at Senator Coburn’s site, states that an individual who maintains continuous coverage for a minimum of eighteen months cannot be medically underwritten and denied coverage based on pre-existing conditions. Individuals who do not fall into this category would be presented with a one-time-only open enrollment that will ensure they also receive these benefits. If they choose to forgo this, they will not be extended these privileges.

One of the major problems associated with Obamacare’s ruling that prohibits insurance companies from charging older policyholders anything above three times the premiums charge to younger individuals is the resulting increase in the insurance premiums charged to young people. This proposal seeks to raise that limit to a ratio of 5:1 and return the ability to regulate these ratios back to the states.

Forbes‘ Opinion Editor and Senior Fellow at the Manhattan Institute, Avik Roy, seeks not to repeal the Affordable Care Act, but to reform it. In the Washington Examiner‘s “Can Conservatives Co-opt Obamacare?,” Roy proposes reforms that strive to lower premiums by “returning more power to the states, reducing the number of benefits that insurers are forced to provide, and allowing insurers to charge older Americans more for insurance.”

His proposal also involves changes to Medicaid and Medicare. Medicaid users who require acute care will be transferred to the exchanges and, in regards to Medicare, future retirees will be phased over to subsidized plans on the exchange.

In Forbes‘ “Health Care Reform 2.0 In Search of Credible Alternatives,” the Health Finance Professor at the University of Minnesota, Stephen Parente, stated that by implementing Roy’s plan, “coverage would increase by 12.1 million more people, the deficit would be reduced by $29 billion, and exchange premiums would be cut by 18%” in ten years.

As Obamacare continues to experience teething problems, it is likely that more changes will be proposed. And the roaring ruckus for reform will keep on rolling.

What’s your opinion on these proposed reforms? Are there any problems that they have failed to address?