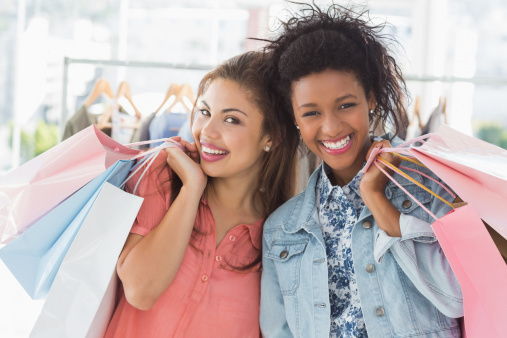 Big Data is everywhere today. Although the concept has been around for decades, today’s Information Age technology has exponentially increased the amount of data and the means of obtaining it. As a result, Big Data’s effects are being felt in an increasing number of aspects of everyday life.

The field of consumer finance isn’t immune to the impact of Big Data. In a world where financial institutions are trying to minimize risk and consumers are trying squeeze more purchasing power from their dollar, Big Data’s benefits are eagerly sought after. Let’s take a look at how Big Data can transform finance.

Fraud costs financial institutions, and it’s a foregone conclusion that those expenses get passed on in one way, shape, or form to the consumers. Call it “trickle down” economics, or, to put it in a less classy way, “Crap flows downward”. But if financial institutions are armed with consumer information culled from Big Data, they could improve fraud detection on new accounts by at least 20 percent. Also, account holders can be tracked better, thus detecting spending anomalies that are caused by identity theft. So, according to an article from BankInfoSecurity’s blog, Big Data could make customers’ accounts safer while reducing expenses for financial institutions.

People need money, and want to borrow it. Financial institutions have money and want to make absolutely, positively, sure that the loan will be repaid. ZestFinance claims that Big Data can aid lending institutions in more accurately and fairly ascertaining the risks of a given applicant, using information that goes beyond the normal data collected in something like a FICO score. The idea is that with the extra factors taken into consideration, people whose scores are less than stellar but have other factors in their favor may actually get a loan they otherwise wouldn’t stand a chance of qualifying for.

However, according to a representative of the National Consumer Law Center, it does not appear that the algorithms are in fact resulting in better loan products. Of course, there is that word “appear”, which introduces the possibility that the Big Data information is in fact working.

But the loan advantages brought on by Big Data are a double-edged sword. Just like how Big Data information can be used by lending institutions to conduct better risk assessment, it also can be used by consumers in order to be matched to a loan provider that works better for them, probably getting conditions that are more favorable for the borrower.

Since Big Data includes tracking consumer lifestyle habits and changes, businesses can theoretically use that information to design promotions, deals, and coupons that specifically target certain customers. For instance, couples whose children are off at college may end up getting more promotions for romantic getaway vacations (taking advantage of the empty nest!), or by the same token, steering those parents towards student loan providers.

This practice would also work to eliminate negatives. A nineteen year old male college student probably doesn’t want to get e-mails, texts, or mailed coupons that offer a discount on baby food or sanitized wipes. Cutting down on inappropriate advertising can go a long way towards lessening aggravation at a business for sending useless advertisements, thereby maintaining goodwill and possibly creating a future customer.

Only time will tell exactly what effect Big Data will really have on consumer finance. Will it be used as a means of profiling people? Or will it create a level playing field where lenders and borrowers enjoy a more beneficial partnership? Whatever happens, it will certainly be interesting watching how it all unfolds.