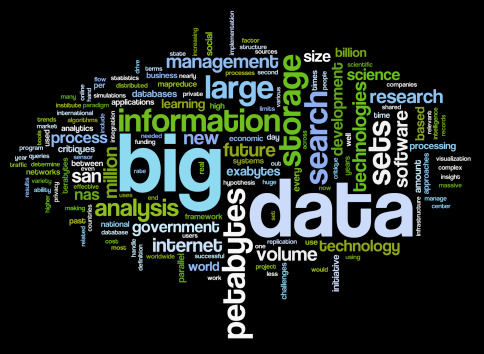 From marketing strategies to alarm clocks, toasters to software, no matter what your business startup does, sells or services, big data is likely to have an impact on your enterprise – if it hasn’t already. Big data is a loosely defined term that refers to the catching, filtering, warehousing and analyzing of stores of data so enormous that they can’t be handled as a single entity, but instead are grouped into a series of “sets.” Once a niche, abstract job handled only by giant corporations, big data is now bleeding into every aspect of the business world.

More than 80 percent of all data collected is unstructured – and even the tip of the iceberg that is organized is an absolutely massive amount of information. Between likes, tweets, retweets, blog posts, Yelp reviews, uploads, shares and downloads, the average American accumulates a number of bytes equivalent to a 1 with 18 zeros behind it worth of data – every day.

For most people, sorting the Internet’s clutter would be a nightmare. For marketers, however, the analytics gold mine that exists in these data mountains will determine the future of how your business is advertised, marketed and publicized.

The Internet of Things

As discussed in “The Internet of Things: Big Data Is About to Get Bigger,” big data can affect just about anything that is sold or used in a home. As the “Internet of Things” begins to turn the fantasy of total connectivity into a reality, big data is the driving force behind what industry experts are calling the next big thing. If your business startup sells smoke detectors, alarm clocks, wristwatches – or if you own one of the tech startups that provides supporting software – know that the Internet of Things is on the move to unite those objects. That unification will come from big data.

As reported by the New York Times, Apple’s now-common Siri application started as a pile of big data in government databank. Originally part of an experimental Pentagon project, it was tech whizzes in Silicon Valley who were eventually able to sort through the massive amount of information and turn it into an application that talks to users and answers questions. Ironically, as Siri answers millions of questions a day, an experiment that started as a heap of big data, now creates mountains of big data itself.

If knowledge is power, then those who crack the code of the mountains of data we produce and collect as a society are truly the most powerful people in the world. In its purest form, big data is the drive to do just that – not just collect data, but make it useful and productive. If the results of the big data revolution haven’t impacted your business yet, it shouldn’t be long before it does.