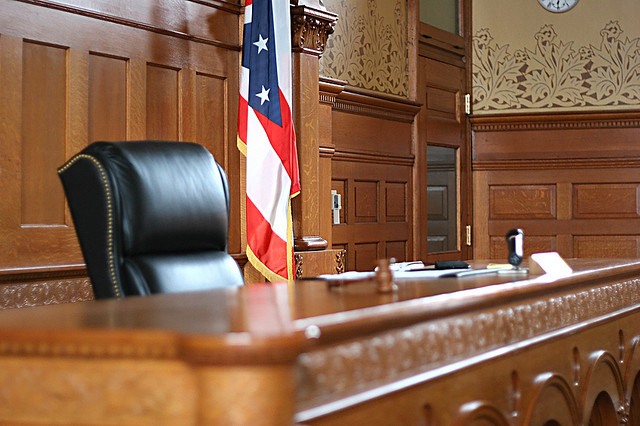 Bail bonds are the amount of bail paid to be released from jail during court trials. “Bail” are the financial guarantees that people provide to the court as collateral, assurance that they will make their court dates as ordered by the judge. If the person shows up to court as required, the bail is removed or returned (minus various fees). And, just as lenders can seize your home if you do not pay your mortgage, the court can seize and keep the bail if you do not follow the court’s instructions.

A bail is usually set in a cash amount, but in certain circumstances a bond or a valuable asset like property can be used, depending on what form the court is willing to accept. Setting the amount of the bail is a flexible process, subject to changes and restricted by rules. An attorney can work on your behalf – or the behalf of a loved one – to make bail more favorable in most occasions.

Popular culture indicates that setting bail is an arbitrary action, but this is not actually the case. Courts and jails have schedules that indicate a standard bail amount for specific, common crimes. These schedules make setting bail an automatic process in most situations. Such schedules take into account a variety of factors, including costs, living conditions, and the 8th Amendment, which requires bail to be set at a reasonable amount and not used as a form of punishment or profit. If a schedule is not used because of unique requests or circumstances, then yes, it is determined by a judge at a bail hearing or arraignment where the unique factors are carefully considered. In rare cases, a judge may set a very high bail to keep a suspect in jail, which is typically allowed despite this dubious use of the bail system.

Another popular assumption is that bail must be paid to get out of jail. However, this is also not necessarily true. Typically the full bail is only collected if a person refuses to follow court orders (or in other cases, like a fully secured bond where the court decides full payment is required). Another common option is the bail bond, offered by financial companies. The person or their family can pay a fee to these companies, typically 10 percent of the full bail amount. In return the bail bondsman promises the court that the full bail amount will be paid if necessary, and the court accepts this guarantee in place of the full bond payment. Sometimes assets are used to guarantee these bonds – again, a little like a traditional mortgage.

Sometimes the bail cannot be met or the bail bond cannot easily be paid because of a lack of funds or collateral. In this case, an attorney can help arrange alternatives. Sometimes a waiver may be issued that allows the defendant to skip the payment altogether, which happens when the court considers a defendant especially trustworthy.

Without a waiver, defendants can still request that the bail amount is lowered. Attorneys can argue for the alteration in the bail amount even after it is set. The more “respectable” a defendant is, the more successful the attorney will be. Having a job, being a successful member of the community, have a clean record, and other factors will all help in lowering bail. Otherwise, an attorney can recommend bond agencies to help manage payments.

Hannah Edelman is a professional blogger that provides advice for criminal defense and DUI situations. She writes for Peter J. Binning, Attorney at Law which is a top DUI and criminal law firm in Columbus OH.