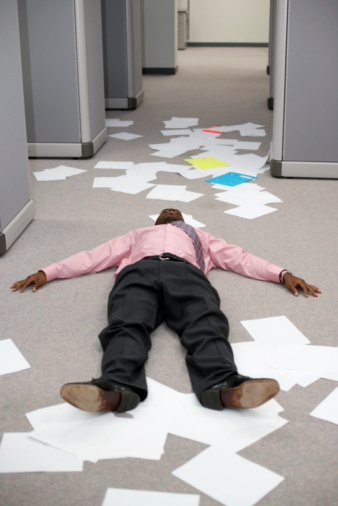 At first glance, it would seem that the arrangement between employer and employee would be fairly straightforward. The employee carries out the job to the best of their ability, and the employer in turn compensates them for their time and effort. Nothing could be simpler.

However, this arrangement involves the participation of humans, and humans are complex creatures. Employees these days want more than just a paycheck and the requisite holidays off. They want a lot more, but as you’ll see, the solutions needed to give them what they want will boil down to just one thing.

It’s annoying to have someone looking over your shoulder, whether figuratively or literally, and it can be a real detriment when you’re just trying to do your job. Bosses who are constantly checking on their subordinates, trying to dictate how the latter does every little thing, will soon find themselves short-handed because those employees have left in disgust. A boss needs to let the employees alone to do their jobs, trusting that they actually know what they’re doing.

When an employee is at work, they’re expected to stay focused on the job and all of its demands and expectations. But by the same token, bosses need to understand that their employees actually have a life beyond work, a life which comes with its own set of priorities, plans, and commitments. In other words, acknowledgement that their employees have a personal life that may make things like “Yeah, if you could come in this weekend, that’d be great” an impossibility would itself be, well, great. This especially comes into play when there’s a doctor’s appointment, a family emergency, or even something as time-consuming and annoying as car trouble.

Sometimes, demands and rules set down in the workplace can be a real pain. But do you know one thing that’s even worse? It’s when one or two people become the bosses’ favorite and seem to be exempt from the rules or singled out for special treatment. If employee A has to bend over backwards in order to get permission to take a vacation day, yet employee B who has the exact same responsibilities but hangs out with the boss during off-hours, can effortlessly get whatever day off they choose, well, there’s a problem there. But if everyone’s treated the same, the objections decrease.

A Sense of Satisfaction or Pride

This one’s close to the above-mentioned need for recognition, but it’s distinct enough to stand on its own. Employees want to feel that their job, and consequently they themselves, matter. People want to be proud of what they do, and be able to revel in the feeling of a job well done. For all the corporate speak rah-rah-rah of being a team player that many employees get subjected to, it would help if employees got a sense that they were actually contributing to the team’s success.

Everyone knows that sometimes turbulent economic times or other factors can result in a company either making cuts or going under completely. No one can reasonably expect absolute, indefinite job security. But employees like to have a feeling of stability, and the sense that they’re being kept in the loop about how the company’s doing.

And The Answer To All Of These Is …

It all boils down to good communication. Employees who don’t know where they stand, who don’t know if they matter, who have no idea if the company will even be around six months from now, are the kind of people who get discouraged and eventually decide to take their skills and experience elsewhere.

People need to know that they are trusted, valued, appreciated, and that the sum of their existence is determined solely by their 40 hours on the job. Employees who are treated and talked to like human beings are employees who will respect their boss and give their best efforts to doing a good job, and in turn, contributing to the company’s continued success.

This list isn’t complete. You can find more references to the above points as well as some additional points in the article “Five Things Employees Really Want in a Job”. But overall, acknowledging that your employees are human beings and relating to them in that way will go a long way towards happier, more satisfied, more productive employees.