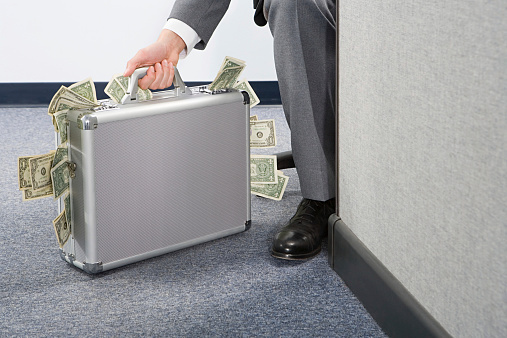 Each year, more and more workers are being preyed upon by unscrupulous bosses who violate minimum wage laws, erase hours, fail to pay overtime or confiscate tips. Wage theft is a violation of the federal Fair Labor Standards Act, and some states supplement federal protections with their own individual laws. Every person who works in the United States has the right to full compensation at the prevailing wage rate. Know the law and find out how to seek help if you’ve been a victim.

Workers lose millions of dollars to wage theft every year. The article “What is Wage Theft and What Can Be Done to Stop it?” points out that immigrants and undocumented workers are the most vulnerable to this kind of abuse – but no one is immune. The industries with the most reported cases are janitorial, hospitality, long-term care, retail and home care. Many victims often face termination or other retribution if they report wage theft or threaten legal action.

How Prevalent is Wage Theft?

According to an advocacy organization, there are more than 130 worker centers across the country that aid victims with reporting wage theft and taking legal action. Officials believe, however, that wage theft is one of the most underreported crimes in the entire country. The New York Times reports that more and more workers are participating in class-action lawsuits against serial offenders.

What to do if You’ve Been Victimized

First, get in touch your state labor office. The Department of Labor lists contact information for representatives of every state here. Next, consider the federal Wage and Hour Division (WHD) of the Department of Labor. The WHD, which is responsible for enforcing numerous wage laws, operates more than 200 local offices across the country. If you think you are owed back wages, WHD has a tool that enables workers to see if their name appears on the federal government’s list of workers who are owed money.

Wage theft comes in many forms, but it always has the same result – workers being denied wages that they rightly earned. No employer is allowed to confiscate wages, deny overtime or change an employee’s pay without their knowledge and consent. If you think you have been a victim of wage theft, contact your state labor department or federal authorities, who will help you take action.