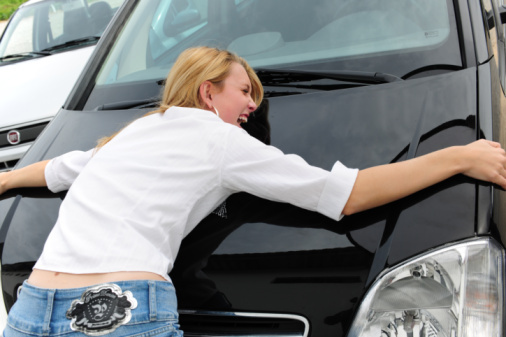 There comes a time when your old car finally gives up the ghost, and the cost of repairing it far exceeds the value of the vehicle. It’s too bad, because though that old car may have been a beater, it was paid for. But now you need to bite the bullet and get a new car or a new used car, anyway. However, maybe your finances aren’t doing so great. Sure they’re not awful, but they’re not awesome either. A favorable loan may not be so easy to get.

If you go out looking for a car, you’ll see a lot of advertising promising that you can get a loan even if you have no credit or bad credit. In fact, those kinds of promotions seem to pop up a lot more often these days, and since offers tend to reflect demand, it would seem that more people want or need a loan that takes into account bad credit. What’s up with this? Why the bigger demand for bad credit auto loans?

The Bar Has Been Raised

According to the article “Hard Times In Loan-Ville”, the benchmark credit score that defines a subprime loan has gone up for some lenders. It used to be 620, but now it’s at 640 for about 30% of the financial institutions out there. This increase has been attributed to increased rates of loan default committed by people who would otherwise be considered a good risk. Tough economic times have made those people sometimes decide between making their car loan payment, or buying heating oil for the winter. And that’s because …

While encouraging economic figures have been released recently and the Dow keeps posting some impressive highs, the overall recovery seems to be proceeding at a slow pace. The damage is being repaired, sure, but not as fast as many of us have hoped for. Thus, there’s the need for bad credit auto loans, because …

Those Cars Need To Get Sold Somehow

What happens if you make a product and no one can afford it? Odds are, your company’s survival is at risk, to put it nicely. If more people are slipping into the definition of bad credit, then that shrinks the overall customer base eligible to buy your product. So, either you cut back on your production, thus risking financial ruin, or you make it easier for people with lesser credit the means to acquire a loan, and hope that they keep up the payments.

Believe it or not, Wall Street factors into this. Subprime loans are attracting investors (and consequently their cash!), thanks to the loans’ high rates and continued profitability. Banks and equity firms invested in subprime mortgages before the financial crisis of 2008, and now they’re doing it with subprime auto loans.

So it stands to reason that if the loans are out there, more people are going to apply for them, because these days, many people need a car in order to earn their living. With such a high demand, is it any wonder that Wall Street wouldn’t want to sidle up to the trough? There’s even less of an element of default risk, because these days cars can be fitted with ignition kills so that a borrower who doesn’t make their payments won’t be able to start their car.

If you plan on getting a car loan and your credit score isn’t the greatest, make sure to shop around and try to get a decent rate. Also bear in mind that every time you apply for a loan, the would-be lender will make an inquiry into your credit score which, in case you don’t know this already, negatively impacts that score. Buyer beware, indeed!

Once you get the car, there’s also the matter of insuring it, and you know that a lender will expect their investment to be well insured. Maybe you can use the information from the article “Saving Money On Car Insurance- A How-To Guide” to help you get through the process with minimal pain.

How to Get The Most From Your Investment Property

What to Look For When Buying A New Vehicle

Options For Financing A New Car