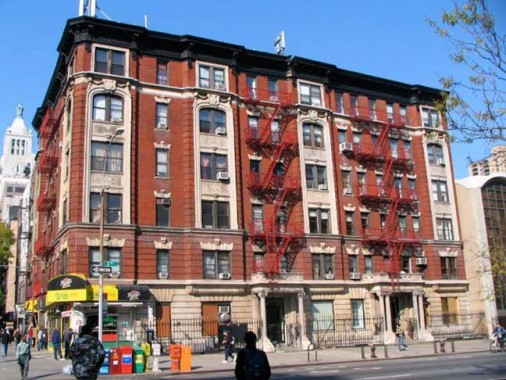 LOCAL RECORDS OFFICE – California is becoming more segregated due to high rent and high property prices. “Many reports have shown that high rent prices are causing low incomes families to move to poorer parts of Los Angeles County,” says, the pros at Local Records Office. Reports have also shown that people are living with roommates compared to five years earlier. The consequence of escalating rent and property prices and lack of affordable apartments and houses has been greater segregation in society, according to many online reports.

The change is not only taking a toll in the lifestyle people live, it also has affected the small business in the area like markets, liquor stores and mom and pop business. If the drastic change doesn’t change by 2017 many of these business will go out of business or will be forced to move. Small markets are not selling like they used to due to many families moving away.

Cities like Detroit, Michigan and Memphis, Tennessee had the same fate in the late 90’s. The increase of property prices and the rise of crime doomed these cities to what they are now. Detroit is the number 1 city in the United States with the highest foreclosure ratings and abandoned houses. The city is so desperate to sell homes that they are selling houses for dirt-cheap. However, most of the houses have been stripped down to the foundation. The city makes very little from the sales but charges monthly and yearly property tax. The city of Memphis has similar problems due to high crime rate and high property tax in the early 2000’s.

Older generations are moving to small towns or to the outer part of the city while the younger generations prefer the metropolitan and downtown areas. The number of neighborhoods in which half or more of the population is aged over 40 has climbed over the years.

Only 5% of the same age groups like 18 and 50’s are living together in the same area compared to reports in the early 90’s. This is hugely damaging to intergenerational relations. It makes the bond between both generations fragile, and not to mention the lack of each generation’s knowledge.

Reports have shown that the housing crisis is driving this trend, by pushing older generations towards the outer cities and towns.

The president of the United States Mr. Barack Obama has been working with many agencies to make rent and property taxes more affordable rather than building more houses. Though, a lack of low-cost homes is thought to be the main reason for increase in rents that are meant for higher income families. We’ve seen a higher increase in government assistants like section 8, food stamps and welfare in areas affected by the higher property prices and rents. Andre Franks from Affordable Apartments in southern California said:

“In order for families to stay together and live in the same area, rent prices will need to be more affordable for low-income families. Property taxes are so high that families are being forced to move away and it’s not fair” – Andre Franks

Not everyone is happy about the higher rent prices, the only people that seem to be benefiting are the property owners of the apartments and banks cashing in checks. How far will the property fees go? Will they ever stop?

When is it Enough?

California governor Jerry Brown who’s been in office since early 2011 have been making an effort to lower property prices but with the rise of inflation it’s been difficult for governor Brown. He’s been focusing in lower rent instead of building more houses. Governor Brown said

Housing prices is just one of thousands of tasks Mr. Brown has to worry about while he’s in office so we’ll see how that goes.

We’re living at an age were if we want to live in a city like Los Angeles, Miami, San Francisco, New York, Boston we need to pay much more for the cost of living and the housing, but the question is “will segregation ever stop?” will we ever be able to live in a city where the cost of living is affordable for younger and older generations? This is the question many Americans have. Will prices be so high that low-income families will be forced to move to certain cities? While the higher income families live lavishly downtown? It seems like rent prices rise every year if not sooner. Are rent prices will be so high that people wont even be able to count to that amount? Who knows?

To learn more about real estate and Local Records Office go to www.LocalRecordsOffice.co