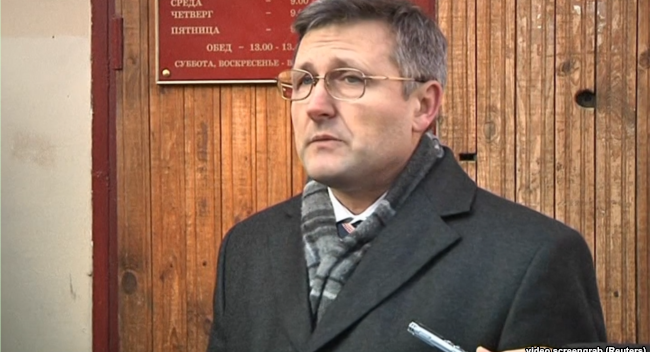 Moscow lawyer, Nikolai Gorokhov, is reported to have fallen four stories from his apartment on March 21. Gorokhov represents the family of Sergei Magnitsky, a lawyer who died in police custody in 2009, and was supposed to appear in court on March 22. The Russian news agency Interfax states that law enforcement personnel claim there is no “criminal element” involving the case and Gorokhov fell while attempting to have a crane lift a bathtub into his home when the crane itself broke. He was airlifted to Botkin Hospital with head injuries and listed as serious but not critical.

Magnitsky was a whistle blower in a case involving $230 million in fraud. After he died, Magnitsky’s mother filed a complaint and was refused by a lower court. Gorokhov was handling the case in appeals court. He is also supposed to be a witness in federal case in the United States regarding ties to this fraud case.

The cases in both the US and Russia are linked back to the death of Semyon Korobeinikov. In 2009, this clothing salesman fell to his death. According to the Minister of Interior, he purchased the Universal Savings Bank despite the fact that he was deceased. Dmitry Klyuev, reputed mob boss, testified in court that he was the owner. Klyuev has ties to numerous tax fraud cases totaling more than $1 billion.

As a tax attorney, Magnitsky attempted to bring the facts of this tax fraud to light, focusing on the $230 million case. As one can imagine, a lot of people were interested in just what happened to that large of a sum of money and likely spent equally as much time dreaming about what they would do with that kind of money. He was arrested in 2009 and died while in custody. According to the Kremlin, he died of a coronary, however Russian human rights commission reported that he was beaten to death by eight prison guards. Posthumously, he was put on trial for tax evasion himself.

Evidence arose by 2012 that the $230 million was filtered into Swiss bank accounts, Manhattan-area real estate and a number of American banks. A former associate of Klyuev, Alexander Perepilichny was working with officials to identify pieces of this money. While jogging in Surrey, England, he fell over dead from unknown causes. It wasn’t until his life insurance company investigated the death that his body was found to have trace elements of gelsemium, a toxic plant grown in China that kills with little evidence.

Using the evidence found by the international investigation, US attorney Preet Bharara brought an ongoing case to court in the Southern District of New York in regards to the Manhattan real estate connection. Bharara was attempting to link the US companies with Prevezon Holdings Ltd., a Cyprus-based company accused of money-laundering. In early March, 2017, Bharara was fired by President Donald Trump.

Gorokhov’s accident means his testimony for both the Russian and US cases may be in jeopardy. Indeed, critics are citing the number of fatalities and injuries to high-profile people in this case, along with the ties between the Trump administration and Russian officials as an issue that should be investigated.