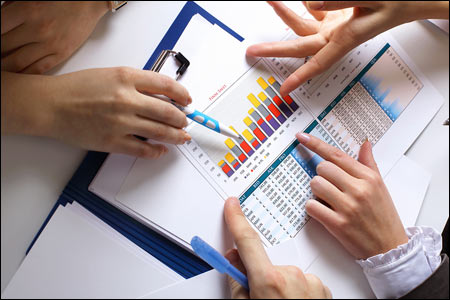 There comes a time in the life of every small business when things become more complicated than it’s realistic to manage manually and an accountant must be called in. The trouble here being that by the time said accountant is called in, things may have already reached a pretty appalling level of disarray to the kind of extent that makes like hard for the accountant and expensive for the business owner. By contrast, involve an accountant from the earliest possible juncture and things can be kept both smooth and affordable by preventing things getting out of hand in the first place.

According to the experts at choose-your-accountant.co.uk however, this just isn’t the way things are approached by most. Instead, until they get the impression they wholly cannot live without an accountant, they don’t bother speak to one. As such, in the interests of being proactive and trying to ward off the more negative of eventualities in advance, it’s wise to ask a few questions about yourself and your business in order to ascertain your need or otherwise for a professional accountant.

1 – Am I Spending Too Much Time Working the Accounts?

First of all, if you as a business owner or manager are spending a disproportionate amount of time playing with accountancy matters, chances are you could benefit from outside help. The reason being that unless this is your primary field of expertise, this is all time that could be spent doing something much more productive for the sake of your business. It’s all about freeing up resources and putting folk to work in the best possible settings for them – yourself included.

2 – Are Mistakes Being Made Too Frequently?

When business owners take care of their own accounts personally, they take for granted that there will be the odd mistake made here or there that’s technically of no huge consequence. One outgoing gets overpaid, an employee gets underpaid and so on and so forth – the little things that become a part of everyday life. Sadly, when and where these kinds of mistakes are being made, it’s only ever a matter of time until something creeps under the radar and bites back…in a big way. The smallest of mistakes can land any given business in a whole world of expensive and damaging legal trouble, which is why the only prudent course of action is to avoid them in the first place. And if this means taking on an accountant, that’s what you have to do.

When you factor in all of the equipment, the consumables and the labour costs that come inherently with all in-house accountancy efforts, the resulting total cost can be pretty steep to say the least. What’s more, the more complex the accounts become and the more time you end up spending on them, the more you end up paying out as a result. This could again be a strong sign that an accountant could help your business progress as not only are accountants able to do a much better job, but a much faster job to boot. Less time means less money invested in the cause and no equipment or setups costs at all.

4 – Are You in Any Doubt About Your Books?

If you can put your hand up and say that you’re 100% confident in every way that your files and books are 100% above board and accurate…well, let’s just say you’re doing a better job than most or aren’t being liberal with the truth. It’s more common than not to find DIY accounts type thinking they have everything in order or assuming as such, without possibly being able to verify that this is the case. In all such instances you’re rolling the dice with fate as if there are any mistakes in there to be found, sooner or later they’ll jump up and deliver a serious sting.

5 – Have You Ever Even Consulted with a Professional?

Last but not least, if you haven’t at any time been in touch with a professional accountant to at least discuss the options, this is a sure-fire sign that you could be losing out. The reason being that there will always be those accountants that offer a 100% guarantee of long-term cost savings and superior performance across the board, meaning that there’s absolutely nothing to lose by trying them out and a whole lot to gain. So, before writing off the idea as something you can’t afford or don’t need, it really does make sense to at least find out for sure.

Benefits Of Outsourcing Your Inventory Management

Can You Still Get Workers’ Compensation With A Pre-Existing Condition?