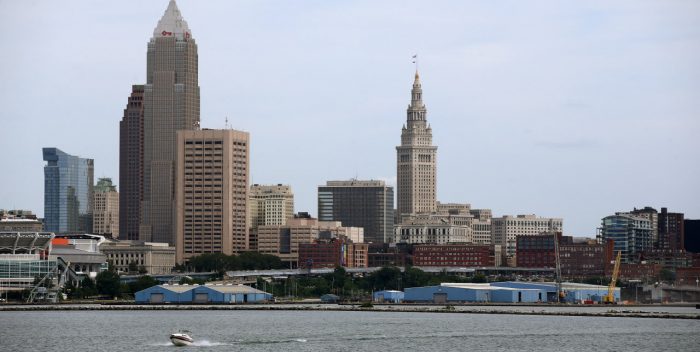 With plans to increase the UK’s stock of residential homes ongoing – from private developers along with the Government – there’s quite a lot of land to consider for property developing. But, one type of area that’s proving hugely popular with property firms and buyers alike, island with the potential to provide the property with a lakeside view.

With developers always hoping to make their sites work hard and earn them the best profit, it seems lakeside living is an option more of them are taking.

“Waterside properties are always popular and that means they tend to come with a bigger price tag, due to the fact there are less of them, even on an island,” said, Nationwide skip hire firm, Proskips. “London, in particular, is seeing quite an increase in waterside developments, something that’s likely attracting a lot of buyer interest.”

Being built around a river means the city of London has plenty of waterside homes. However, as iconic as the river Thames is, it’s not quite the same as lakeside living. Fortunately, and perhaps somewhat surprisingly, there are quite a few options for lakeside property developments in the city.

One of those is Woodberry Down in North London from Berkeley Homes. The development has been built alongside two former reservoirs that together, give local residents access to 27 acres of open water.

The new lakeside living option is just 15 minutes from central London by train. The west lake offers water sports, while the east lake, is managed by the London Wildlife Trust.

“Woodberry doesn’t just offer lakeside views, it gives local residents a good balance of lake-based activities,” said Assetgrove. “That combination will work to make it a very desirable place to live both now and in the future.”

North London isn’t the only part of London that’s taking advantage of lakeside living development options. An estate formerly known as West Hendon estate has been renamed by Barratt Developments as Hendon Waterside and will be the location for 2,000 new homes alongside the Brent reservoir.

The 420-acre site is already populated by a number of sailing clubs. And, the region is also of scientific interest due to the wildlife that lives there. Again, a good combination of leisure attractions for local residents to enjoy once the development is completed is also on offer.

Barratt Developments is continuing the lakeside theme outside of the Greater London boundary, in Kent. A former quarry in Hythe that’s next to an existing private lake is also an up and coming development for the firm.

Martello Homes will be formed of 200 properties, some of which will have a coastal aspect too. And there’s little doubt the double waterside option will prove popular.

“Lakeside properties are certainly proving to be particularly popular right now, with developers and buyers,” said You Choose Windows. “New methods of shoring up old quarries and other watery features means developers can create a place to live that can give buyers that something extra and will likely never struggle to attract future buyers, too.”