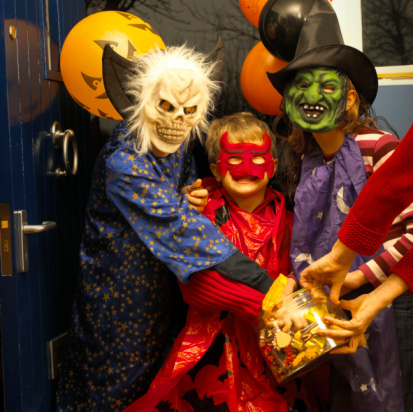 With the arrival of October, we turn our attention to that very special season where people dress up in odd clothes, eat unhealthy foods, and engage in creepy and bizarre behavior. That’s right, it’s football season!

Kidding! We’re talking here about Halloween! If you have a small business and you want to get into the spirit of the holiday and at the same time perhaps drum up a little more business at the same time, then check out these promotional ideas.

Pumpkin carving has come a long way in the last few decades, with increasingly elaborate designs firing up people’s imaginations and creativity. So why not tap into that and hold a pumpkin-carving contest? You could even have multiple categories, broken down by age, for example.

Not only should prizes be offered, the winners (and even some of the better runners-up), could be displayed on the premises. That even helps save a few bucks on the decoration budget!

Let Your Employees Get Dressed Up

Why should the Halloween fun be limited only to your customers? Let your employees get dressed up and get into the spirit of the holiday as well. Maybe give them a bonus incentive prize if their costumes somehow reflect the nature of your business!

Advertise Or Sponsor A Haunt

Halloween is the time for costumes, scares, chills, and of course, haunted attractions. Haunted houses, haunted hayrides, haunted cornfield mazes, the possibilities are endless. A number of haunts accept sponsorships, and it helps local businesses get their names out there. Don’t forget that a lot of people actually travel far in order to visit certain haunts, so you may actually get a lot of out of town eyeballs. If your business happens to be something involving food or drinks, perhaps you can even have a vendors booth.

Furthermore, many haunts have certain nights where the proceeds go to a charity. If you really want to sow good karma, throw your sponsorship efforts at those events.

Although it sounds like a pricey undertaking, throwing a party is actually not so expensive an idea. A few gallons of apple cider, some bags of candy and cookies, and a few streamers and plastic skeletons, and you’re good to go. One thing to keep in mind, though, is that there’s a lot of events happening on Halloween night itself. Perhaps holding a party the night before may work out better. But on the other hand, there are communities out there that have banned trick or treating. That sort of situation may be the ideal circumstance for a local business to step up and throw a party on Halloween night itself. Your business could become the holiday hero!

You can’t forget social media at Halloween. Make sure that your social media pages are appropriately Halloween themed, in addition to keeping visitors informed of your various Halloween promotions. After all, how are people going to know about all of the above-mentioned ideas?

For that matter, don’t forget potential customers who rely primarily on their mobile phones. Any social media announcements should be made in such a way that they are receivable by smart phone users.